A man has been arrested and charged with second-degree murder, attempted murder and two counts of criminal possession of a weapon after he stabbed his ex-girlfriend and killed her pregnant friend over the weekend in the Bushwick Houses in Brooklyn.

Jerry Brown, 34, portrayed himself as a killer on Facebook. In fact, he renamed himself the “Grim Creepa” on Facebook. His former girlfriend, who he still sometimes lived with, referred to him affectionately on Facebook as “Mr. 187”, a slang for murder.

“My fucking man doe. Mr 187 himself. I love you daddy,” Angela Valle boasted a month ago on Facebook.

“I love you my queen,” he replied. 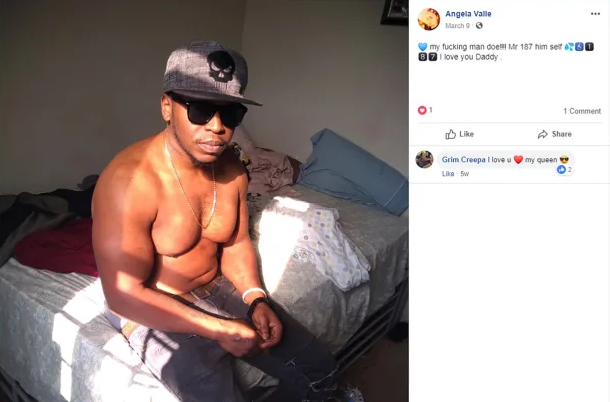 She had no idea she would soon become his latest victim.

The police arrested Mr. Brown for attacking two mothers, leaving one dead and the other fighting for her life.

Investigators found a bloody ax in the building’s trash compactor that the police said they believed Mr. Brown used in the attack. The police will conduct more tests on the ax to confirm whether it is the murder weapon.

New York Times reports that, according to the police, Mr. Brown stabbed the women in the apartment of his former girlfriend, Angela Valle, where he sometimes stayed. She was also wounded in the attack.

An Uber driver Ms. Valle had called after the attack, saw her bleeding and called the police. When police arrived, they found Savannah Rivera, 20, in her friend’s apartment, partially decapitated with several fingers severed, the police said. Ms. Valle’s 4-year-old daughter was found unharmed in a bedroom, officials said. 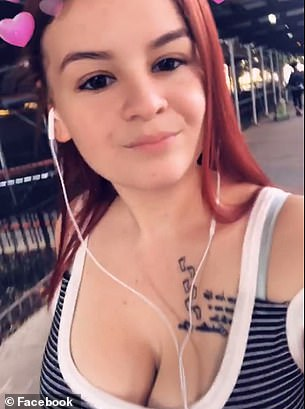 Mr. Brown has a violent history. This includes 13 prior arrests and a stint in prison for attempted murder. In 2017, he was also arrested on charges of attempting to strangle a former girlfriend.

In an interview on Saturday before his arrest, Mr. Brown told a local television station, Pix11, that he had been diagnosed with schizophrenia and bipolar disorder, and said he did not remember attacking the women earlier that day.

After the interview, Mr. Brown contacted detectives and arranged to meet them in Manhattan so he can surrender himself to the police. They drove him back to the 90th Precinct in Williamsburg, where he was interviewed and arrested.

Mr Brown was admitted on Sunday to a hospital where he was scheduled to undergo a psychiatric evaluation.

As for his girlfriend, she  remained in the hospital in serious condition on Sunday. 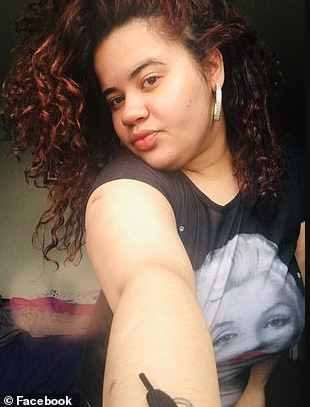 Ms. Rivera’s family said was a mother to a three-year-old son named Sebastian, and was two months pregnant with her second child. Her aunt, Margaret Cruz, held back tears as she said:

He’s a monster. She didn’t have to die like that. It’s hard. Every time I think about it, I want to cry. I want to go over there and squeeze him, ‘Tell me, why? Why would you do this to her?’

Photos: Youths in Lagos are currently staging a peaceful protest demanding an end to the Special Anti-Robbery Squad (SARS)

Gossip Linda Aliemeke - October 8, 2020
0
Precious Chikwendu has finally confirmed that her marriage to former Minister of Aviation, Femi Fani-Kayode has ended.  The mother of...

News Linda Aliemeke - October 7, 2020
0
A mentally challenged man was left bloodied and bruised after unknown persons attacked him at a market in Abaji Area Council of Abuja on...

Photos: Youths in Lagos are currently staging a peaceful protest demanding an end to...

I only Attend Churches To Steal not for prayers – Suspect...

I am thinking of suicide – Actress Eniola Badmus